The $50,000 Griffis Residential Grand Prix saw 22 participants contest the impressive course, designed by Hector Loyola. The class only saw three clear rounds, and it was 17-year-old Kelli Cruciotti who ultimately rode to victory aboard Serenity Equestrian Ventures‘ Zidante with a speedy clear jump-off time of 44.96 seconds. „It was a beautifully built course; Hector did an amazing job [at designing it]. There were a few tricky spots that got a lot of horses [to take rails]. The horses really had to measure back and jump careful,“ said Cruciotti. „I just had to sit still and let [Zidante] measure it. I was the first one back for the jump off, so I didn’t have much to lose. I went as fast as I could, hoping to set the bar high so no one could catch me, and it worked out.“
Cruciotti’s mount, Zidante, is a 10-year-old Dutch Warmblood mare that was originally bought as a junior jumper.
„She didn’t have a lot of experience in the 1.40m’s, so we brought her up slowly. She is very careful and very smart, and we wanted to make sure she was confident when we moved her up. This is her first grand prix win,“ Cruciotti said. „I would also just like to thank my whole team, especially my mom, Cindy Cruciotti, and my other trainer, Peter Wylde. I am so fortunate to have such a great team, and without them none of this would be possible.“

Cruciotti plans to spend three more weeks showing at the Summer in the Rockies Series before traveling to Kentucky to compete. She is originally from California, but now resides in Colorado, and has already shown an impressive career at the young age of only seventeen.
„I love [competing at Colorado Horse Park] because our stable is only about 15 minutes from the Park, so we get to stay at home. The people there are so supportive, the facility is great, and I am excited to see the big new things to come with the new management. I am also excited to see [the series] grow,“ Cruciotti stated.
In a close second in the Grand Prix, Andrew Kocher and his mount, Le Conte, had a clear round and a jump-off time of 45.55 seconds. Taking third was Karen Cudmore piloting Blair Cudmore’s Ceonto to a double clear in 46.76 seconds.

Hunter & Equitation Highlights
Courtney Calcagnini of Argyle, TX, rode to victory with Fleur De Lis Farms‘ Bowie in the $25,000 USHJA International Hunter Derby with a final score of 386. „Bowie is a nine-year-old Dutch gelding by Aachen out of Orlandaise. He was bought last summer as a jumper,“ Calcagnini explained. „Kent Farrington helped in the purchase of him from a breeder in Europe. We just started competing him as a derby horse this past February, and although he has never placed lower than fourth, this is his first derby win. He is not a spooky horse, and the course was relatively straight-forward; they did a great job designing the course.“

In the $5,000 USHJA National Hunter Derby, Paul Rohrbach claimed both first and second place. Rohrbach took first place aboard NTM Enterprises‘ Kingston Lane, with a total score of 182.75. He also claimed second place piloting Nancy Moore’s Cabello with a total score of 180. Third place went to Nicole Lyvere and her mount, Drumline, with a total score of 179.5.
Nicole Lyvere and All In claimed champion in the Amateur-Owner Hunter Division, sponsored by Platinum Performance. The reserve championship was awarded to Annie Kartsotis piloting Nuateloe.
In the Modified Adult Hunter Division, sponsored by Charleigh’s Cookies, both Daryl Ziegler Henning and Sahib Bhullar claimed the championship aboard Geoffrey Case’s Rubix. Riding to the reserve championship was Henrietta Hall with her own Durgin Park.

The Children’s Equitation Division saw Erin Christiansen and Man On The Mood ride to the championship. Finishing in reserve was Sarah Kullman aboard Brittany Factor’s Baseline.
Also featured this week, the „Savoy Stables Sportsmanship Award“ was presented to Jaden Porter. The award is given to a junior or amateur rider chosen by horse show officials/staff and in-gates.
The Summer in the Rockies series continues with the Colorado Mid-Summer Show, taking place June 24 – 28, 2015, in Parker, CO. For more information and full show results, please visit www.showgroundslive.com. 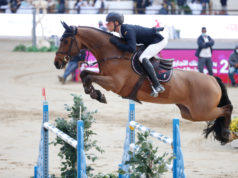 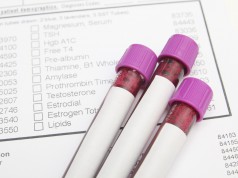 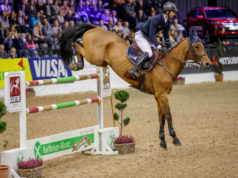