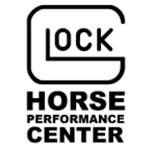 The CSI3* CSI1* CSIYH1* International Show Jumping at the GLOCK HORSE PERFORMANCE CENTER has officially opened! Today eighteen determined participants from six nations rang in this four-day event with the CSI1* GLOCK’s Small Tour over 1.15 m. Thanks to young Styrian Sarah-Denise Fink and her Holstein mare Coriana, victory in the kick-off remained in Austria.

“For me it’s so special to be able to ride here. The atmosphere is simply super and I’m very proud to be here.” The joy of achieving victory on her first appearance at the GHPC was written all over the 17-year-old winner’s face. “My goal was to be standing at an award ceremony once this weekend. The fact that it’s actually turned into first place is a double blessing, of course!”

In a penalty-free 54.29 seconds, the well-trained Styrian duo gave the competition no chance, given that second-placed Madée Schuttenbeld from The Netherlands was almost three seconds behind on her 15-year-old Haarlem-daughter Vayrenta (0/57.13). Third place went to the just-twelve-year-old Croatian, Lea Djelmic, who, with great skill, piloted her Oldenburg mare Bayardilla to the finish in a penalty-free 58.16 seconds.