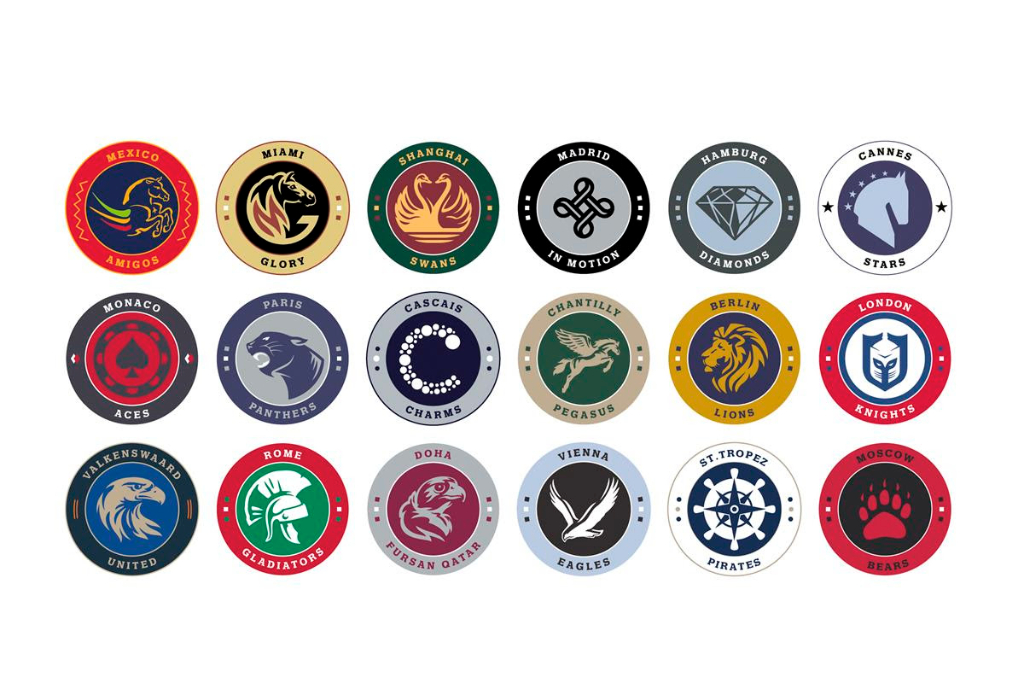 Press release GCL – The Global Champions League can today reveal the full 2017 team line up, featuring many of the biggest names in show jumping and including 8 out of the world’s current top 10 ranked riders. The sport’s leading athletes such as Ludger Beerbaum (GER), Christian Ahlmann (GER), Simon Delestre (FRA), Marcus Ehning (GER), Eric Lamaze (CAN) and World Number 1 Daniel Deusser (GER) have all joined teams for the 2017 season, adding to the top names returning for a second year such as Kent Farrington (USA), Scott Brash (GBR), Bertram Allen (IRL), Laura Kraut (USA), Roger-Yves Bost (FRA) and John Whitaker (GBR). With an increased 18 teams on the starting grid – each with a fresh new look – this year’s line up welcomes an electric mix of top talent and show jumping’s rising stars, as almost 50% of the top 100 riders in the world prepare to take part in the hotly anticipated GCL Championship this season.

Talking about joining the innovative GCL this year top German rider Marcus Ehning (GER) said, “I am very pleased and proud to have been selected to be part of the Valkenswaard United team. I am looking forward to experiencing the team spirit of the GCL since it will be the first time I am competing in the League.” Leading British rider and Olympic Gold Medallist Scott Brash (GBR) spoke of the concept: “I’m delighted to be continuing with Miami Glory for the second season of GCL. Last year the League was a really positive addition to our sport and I think this year, with a new format, we’ll see it develop and grow even further. The League is a great initiative to help reach new fans, while also giving great opportunities to riders – particularly those U25 – and I’m looking forward to the season ahead.“

Following a successful debut in 2016, GCL, as approved by the FEI, has increased involvement in the sport with a higher number of teams taking part in the Championship. Team owners are able to select a roster of five riders for the season, spanning the breadth of competitors in the sport and uniting riders from around the globe in a game-changing new format. A tactical transfer window, from July 17th – July 24th will also allow team owners the opportunity to re-assess their team strengths, and play to their advantages to ensure a strong second half of the season and a chance at the prestigious title.

Top rider Bertram Allen (IRL) who is part of the reigning Championship team Valkenswaard United said: “I’m really looking forward to taking part in the GCL again this year – it’s a game-changer and I think brilliant for our sport and the future of show jumping. It was an honour and a bit of a dream to compete in a team with John [Whitaker] last season, and I’m really looking forward to riding with my new teammates to try keep the title. I think what Jan has done to develop and innovate show jumping over the years is exceptional and I’m very happy to be part of the future and progress of our sport.“

A key element of GCL is the emphasis on cementing the future of show jumping and providing unique opportunities for U25 riders. As stipulated in the rules, team owners must select at least one U25 rider for the team, allowing young stars the opportunity to compete on a global stage and alongside legends of the sport with whom they would previously not had access to in the same way. With 30% of the current field made up of U25 competitors, including names such as Jos Verlooy (BEL), Emily Moffitt (GBR), Emma Heise (USA), Kevin Jochems (NED) and Martin Fuchs (SUI) – all of whom have already been making impressions of the show jumping scene – GCL offers a unique opportunity to the sport’s rising stars, sending out a strong message about cementing the future of the sport.

Speaking about the opportunities for young riders, twenty-one year old Dutch talent Kevin Jochems (NED) – who rode for Cannes Stars in 2016 and moves to new team Moscow Bears this season – said: “Competing in last year’s GCL was a dream which came true. Competing at that level at my age together in a team with experienced riders like Bosty and Marco Kutscher is amazing. I’m very motivated to compete this year again with a different team and can’t wait until it all gets started again.“

The GCL’s new format will also rev up the sport, allowing for greater tactics and fierce rivalry. Split over two days the competition allows for inter-team rotation between the two rounds, giving riders greater freedom to choose which classes they compete in and ensuring horses are not over-jumped. Team strengths, tactical decisions and world class sport will combine to make GCL a highly engaging competition, with the aim of attracting new audiences around the world as well as providing a unique top level sporting series for existing fans to support. An unprecedented prize purse will also be on offer for the stars of the sport to reward the hard work and effort put in to competing at this top level, with 23 million euros in the mix across the 15-strong GCL and LGCT events this season.

Rivalries between teams are already strong, with competitors ready to kick start the season. Top Dutch athlete Harrie Smolders (NED), who competes for the Hamburg Diamonds, said: “After a stunning GCL start last year, the Diamonds are ready to conquer the world. With more teams, bigger prize money, the Global takes us to another level in equestrian sports again.“

GCL will further raise the bar in communications and digital innovation with engaging and compelling coverage for the dynamic team competition, including via channels such as CNN International. Special features and exclusive access on social media, compelling content and a growing digital engagement will all contribute to making GCL as accessible and exciting as possible for new and existing audiences.

The 15-leg Championship will kick off in Mexico City this April, stopping off at some of the most iconic and unique locations in the world including Paris, Miami Beach, Shanghai, Rome, London, Berlin, Monaco, Cannes and Doha. Teams are named after some of the most prestigious cities in the world, and with refreshed team kit, theme music and colourful competition gear, fans will be treated to a dazzling display of high octane sport and world class entertainment.