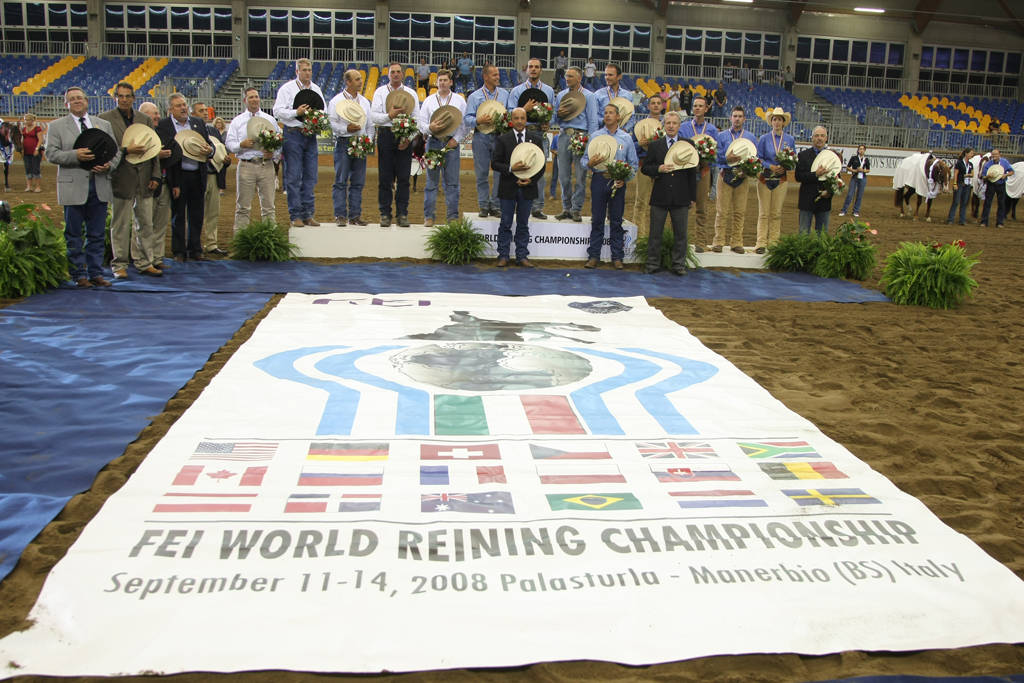 FEI Press Release/ Simona Diale –  Reining has gained significant ground since being adopted by the Fédération Equestre Internationale (FEI) in 2000 as its first western discipline. Two years later, reining made its debut at the 2002 FEI World Equestrian Games in Jerez de la Frontera, Spain. In 2008, the very first FEI World Reining Championships for Seniors event held in Manerbio, Italy, marked the first time in the history of the sport with FEI medals awarded outside the World Equestrian Games (WEG). On home ground, Italy took the team gold and U.S.A. rounded the event by claiming the individual gold.

Welcoming the competition this year is the CS Ranch in Givrins, Switzerland, where riders representing 10 countries (Austria, Belgium, Finland, France, Germany, Great Britain, Italy, Switzerland, Sweden and the United States) will vie for the prestigious team competition FEI medals. Canada, the Czech Republic, Marocco, Mexico and The Netherlands will be competing only on an individual level.

The road to the CS Ranch arena
The finest horse-and-rider combinations in the world are now settled in the beautiful facility owned by Corinna Schumacher ready to put their bid for the medals. For the European athletes, the trip to Switzerland was on mainly on the road. Team U.S.A., horses and humans, instead crossed the ‘Big Pond’ along with chef d’équipe, Jeff Petska, who has served in that role since 2002. The first step for the athletes was the vet check held today. The second step will be the team competition – and individual qualifier – which will be held on Thursday 11 at 2 pm. The consolation run on Friday will give the athletes who did not qualify for the individual competition a second chance to ride for a spot on Saturday afternoon when individual medals will be determined.

SVAG FEI European Championships Reining Young and Junior Riders
Young and Junior Riders will also be proving their worth along with the SVAG FEI World Reining Championships for Senior Riders in Givrins. The team competition will be held on Friday and the individual will be held on Saturday. Last year Germany clinched both the Junior team and individual gold medals. Italy went on to claim the team and individual gold in the Young Riders division.

In this 2016 edition of the championships, three full teams (Germany, France and Italy) will be riding in the Junior Riders competition along with representatives from Austria, Belgiium, Great Britain, Hungary, Slovakia, Sweden and Switzerland who will be competing on an individual level.

In the Young Riders competition Austria, Belgium, Germany and Italy will be vying for the team medals. The Czech Republic, Hungary and Switzerland will be represented on an individual level.