German equestrian tycoon Paul Schockemöhle found some rather explicit words for Totilas, who was considered a wonderhorse when Schockemöhle bought him in 2011, in an interview with the German magazine welt.de: „Totilas was a bad investment“, said the 70 year old.

Schockemöhle answered welt.de’s question whether or not he considered it luxurious to have bought the most expensive horse in the world at that time as follows:

„You are talking about ‚Totilas‘,with whom pretty much everything that could have gone wrong did go wrong. Before we bought him he won everything, including the World Championships. I kept the breeding rights partly and sold the riding rights. After some success in the beginning he went lame. In the first year we made two million Euros just from breeding fees, each portion was sold for 8.000 Euros. Currently he is back in training and will probably be breeding again next year. Totilas was a bad investment.“


The full interview is available here.

Schockemöhle bought the stallion in 2011 together with Ann-Kathrin Linsenhoff. At that time the beautiful black KWPN stallion broke all records and enchanted people all over the world with his former rider Edward Gal (NED).

Since he came into Matthias Alexander Rath’s stables it is quiet around the stallion. One injury haunts the next one, big events are cancelled last minute and the once so successful Totilas has disappeared.

Only Paul Schockemöhle and the other people involved know what is going to happen next. 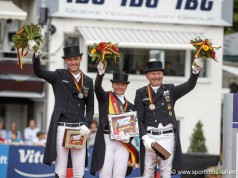 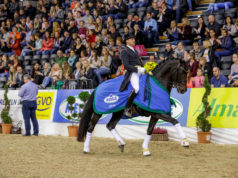 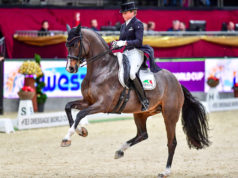