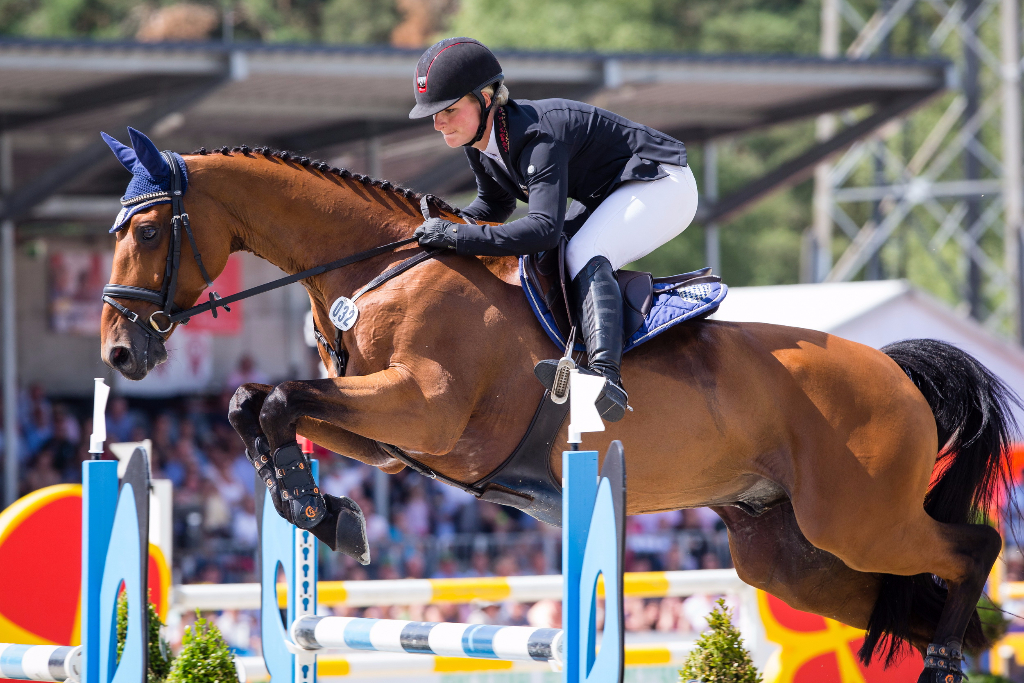 Press release FEI | Eventing – It was an emotional moment for Germany’s Julia Krajewski when she realised she had scored the biggest win of her career after steering Samourai du Thot to victory at her home event, Luhmühlen CCI 4* presented by DHL, fifth leg of the FEI Classics™.

Krajewski, 28, was third year last year at her first attempt, but now she goes home with the big prize after the fairytale failed to come true for cross country leader Bettina Hoy (GER), who is 26 years her senior.

“If I hadn’t taken a pull, my horse wouldn’t have hit fence eight as he didn’t want to touch a pole. I thought ‘damn’, but there were so few clear rounds and when Bettina had her fence and time faults, that’s how it happens sometimes and you’re a four-star winner!”, Julia Krajewski (GER), winner.
There had been little difference in the leaderboard after a straightforward cross country phase, but a challenging jumping track certainly shook up the order, with only four clear rounds without time penalties from the 34 finishers.

Krajewski, second after Saturday’s cross country, hit the back rail of fence eight, and Britain’s Nicola Wilson, third before jumping on Bulana, jumped clear but added a frustrating three time faults to finish a mere 0.7 behind in second place, a career best for the 2012 Olympic team silver medallist who has been a solid pathfinder for the British team.

Hoy’s problems started with a sticky jump over the fifth fence on Designer 10 and the horse then didn’t get high enough over the sixth for a rail down. That, plus three time penalties, dropped the newly crowned national champion (Hoy won the German championships earlier in the day) to third place.

Marilyn Little (USA) was clear to move up to fourth place on RF Scandalous and Maxime Livio (FRA), currently runner-up in the FEI Classics, was also foot-perfect, rising six places to fifth on Opium de Verrieres.

Livio has now managed to narrow the gap with runaway FEI Classics™ leader Michael Jung (GER) to just six points, and Wilson has sprung from 11th place in the rankings to third, so a thrilling finish is guaranteed at the finale at Burghley (GBR) in September.