Wellington, FL – March 1, 2015 – The 2015 Winter Equestrian Festival (WEF) Sport Horse Auction impressed bidders and attendees for the fourth straight year, as a number of VDL Stud horses were showcased and sold alongside two elite young dressage horses from Dressurstall Sandbrink Stud in Germany. The event was held this past Thursday, February 26, 2015, at The Stadium at the Palm Beach International Equestrian Center (PBIEC).

The auction, which hosted a fantastic turnout of registered bidders and guests, set a professional yet personal atmosphere for everyone in attendance. The perfectly placed décor and individual headshots of available prospects, which were later given to the new owners, surrounded the VIP Tent, giving the event a new „wow“ factor for attendees. The event, in every aspect, was a success. All of the horses were sold, except for VDL Davidoff M, who was scratched prior to the start of the auction. Each horse was purchased from anywhere between $70,000- $400,000 and will begin their careers in the U.S. with their new owners in the coming months.

Visse Wedell, the proud owner of Fabriano VDL, the only stallion offered this year, commented that this auction was by the far the nicest she had ever been to and was glad to see the outcome such a success. „The turnout was absolutely fantastic. There were so many people there from different disciplines; it actually took me twenty minutes to get inside. It was packed!“

Fabriano VDL, a stunning grey 2010 approved Dutch Warmblood stallion out of Bleu-Chin by Casall, drew top dollar from bidders as the highlight horse of the auction. With incomparable breeding lines (Casall x Bleu-Chin x Chin Chin) and world-class scope and refinement, Farbiano VDL is sure to be a star in the ring and as a top sire in the U.S.

„I am a real estate agent for Douglas Elliman, and I visited our vendor booth at WEF next to the International Club. I saw the video of him on the TV in the lounge, and I absolutely fell in love,“ said Wedell. „I contacted my trainer and sent his information to some of my friends with serious knowledge on the breeding side of things and we all were in agreement that he was a one-of-a-kind horse that would be one of the most elite stallions in the U.S.“

Wedell only had eyes for Fabriano VDL and was impressed with the upbringing of the young stallion and the quality of his training, which she fully attributed to the skilled staff at VDL. „I knew he was the only one I wanted to bid on, not because the rest weren’t great horses, but he just had everything I was looking for. I didn’t even need to sit on him. I know how well VDL prepares their horses, and I am so thankful to them for bringing a stallion of this caliber to the United States,“ said Wedell.

The quality of the specifically selected VDL prospects was evident as each horse was presented under saddle in The Stadium Arena while the bidding ensued in the VIP Tent. A number of top show-jumpers and hunters currently competing in the U.S. have originated from or have been sourced by Janko van de Lageweg and the VDL Team in the Netherlands. Vicky Castegren, owner of Hyperion Stud, has several top VDL horses in competition and continues to add them to her growing string, as she and friend Lisa Jaquin purchased 2011 Dutch Warmblood gelding, VDL Gambo (Indoctro x Lersinaa x Nimmerdor).

„Honestly, I’m a creature of habit with these things and I find so much satisfaction in picking quality younger horses but it’s also as simple as this: you can never go wrong with an Indoctro baby,“ remarked Castegren. „He produces absolutely tremendous riding horses and has a deep legacy. This gelding epitomizes a horse produced by Indoctro. VDL Gambo is extremely well-bred on both sides, and we knew he would be a perfect fit with our program.“

Castegren, a renowned breeder in the United States, commented that VDL does an excellent job of understanding what the clientele in the United States is looking for in terms of potential prospects and their horses always exceed expectation. She explained, „Bringing up young horses is a big investment, and we don’t have the biggest culture for that here in the U.S. They’re clearly paying attention to what people want, and they’ve made changes. This year we saw a lot of older horses with more experience and at the end of the day many people are looking for horses who are ready to go and they absolutely supplied that.“

Melanie Peterson, organizer of the event, hopes to continue to grow the dressage portion of the auction in the future. „We are really looking forward to expanding the number of quality dressage horses we have available for bidders at auctions to come,“ she stated.

Castegren wanted to give a warm thank you to Peterson for her dedication to ensuring the event was a success. „Melanie is incredible at her job, and she is really the driving force behind this event. She has figured out how to make this an excellent evening. Everything was so put together with the catering and the décor. It just made it so professional and from that prospective it was the best one so far,“ she said. „l really want to thank her. She deserves a big piece of the credit. She really pulled together an incredible event.“

Along with Peterson, the WEF Sport Horse Auction was produced by the team at Equestrian Sport Productions (ESP). ESP looks forward to producing a fantastic event once again in 2016. 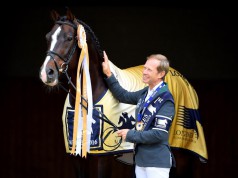 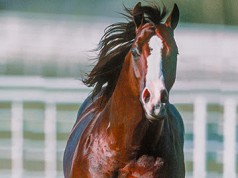 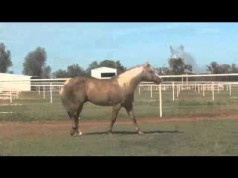